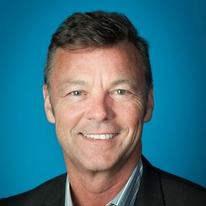 As a national trainer for CMC-Canada, Kevin has taught hundreds of management consultants in introductory and advanced courses for the CMC designation since 1996. He currently delivers the leading edge national program, The Essentials of Management Consulting, across North America and around the world in co-located private and public workshops, and has been a much appreciated speaker for many years at the PD Summit.

Kevin has a history of mentoring to young entrepreneurs where his expertise and dedication has played an instrumental role in helping launch young and emerging entrepreneurs’ careers and businesses in Atlantic Canada. He was recognized by Futurpreneur Canada as the Atlantic and National Mentor of the Year in 2010. And in 2012 was awarded a Queen Elizabeth II Diamond Jubilee medal for his volunteer work as a mentor to young entrepreneurs.

Kevin became a CMC in 1991 and was awarded his FCMC in 1999. He has been consulting in strategy, human resources and marketing since 1986.

There is quite a buzz of mentoring going on - most organizations claim to be doing it. When it works, mentoring can be a powerful way to promote change and ensure knowledge transfer within an organization. This requires clear program goals and, just as importantly, solid preparation by the mentor and the mentee for the program and the relationship to be successful.

In this workshop, you will learn the key building blocks required for a powerful mentoring program. We will also identify the purpose, stages and goals of a mentoring relationship and what else should be covered in a well grounded mentor/mentee training program.