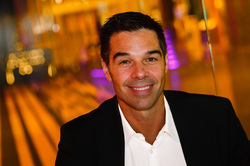 François Héon, Psych.  is one of the world’s most sought-after experts on changing demographics, diversity and Leadership Development Consulting.
François completed his Master’s degree in industrial/organisational psychology at the University of Waterloo in Ontario and then pursued his PhD coursework in organisational behavior at Case Western Reserve University’s Weatherhead School of Management in Cleveland.

He then worked on institutional change projects in Romania (1991) and Burundi (1994-1996), and began an ongoing collaboration with Organisational Behaviour Development in Belgium conducting international leadership programs.

Back in Canada in 1996, François took on new challenges with the development and management of alternative support services for psychatric patients in the community. It is in this context that he discovered his talent and passion for individual accompaniment and pursued clinical training at McGill’s Allen Memorial Institute.

Yearning to return to the field of consulting with his management and clinical experience, he then took the leadership of Adecco Canada’s new consulting division, The House of Leaders (2002-2005) and pursued this last project in its transition to become Esse Leadership (2005-2009).

In 2009, François chose to pursue his passion for the development of leaders and groups by working under his own name, while continuing ongoing partnerships in Canada and internationally.

This synthesis conference of François’ upcoming book on individual and group leadership presents a dynamic model of leadership that is both simple and easy to apply. Over the last 60 years of research in management and psychology, one thing remains constant. Leadership, both at an individual and group level, can be defined as the ability to integrate two core principles: the intentional and appreciative principles. Based on his extensive research and experience as a consultant and manager, François presents how each person and group can develop their own Yang/Intentional and the Yin/Appreciative leadership.

Workshop: The Yin and Yang of Leadership Model

*SOURCE: THE YIN AND YANG OF LEADERSHIP. F. HÉON (IN PUBLISHING)

This experiential workshop will show how to create group leadership in any task group by learning ways to appreciate and intend together. The PD Summit will serve as a topic of reflection and learning workshop which will generate common intentions for the next PD Summit and greater engagement of participant as those ideas will be theirs.

Each participant will also receive a postcard with two questions at the end of the day to experience for themselves the power of appreciation and intentionality.

What did I most appreciate or find most valuable of this day? (e.g. specific learning, people I met or conversations I had)

How does this appreciation of the day inform me on what I really want to do next in terms of my own leadership? (my renewed intentions)