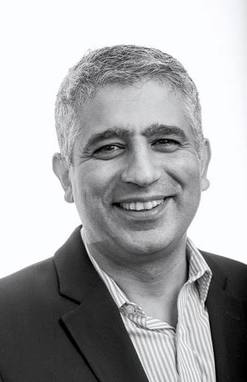 ​Presentation Synopsis:  With over 47% of today's jobs disappearing or becoming automated in the next 20 years, the workforce that is emerging will be decidedly different than today. While a few people will exploit these trends to seize the opportunity, there will be more losers than winners - globally, economies are only now beginning to face this reality and there is no consensus on how to mitigate, prepare and succeed. Bluedrop spotted this trend about 8 years ago -  since then, the company has been working with global customers to help them prepare workers, employers, training providers, unions and governments on what these changes will mean. The days where a post-secondary credential is a destination or a ticket to a lifelong career are disappearing. Post-secondary credentials are increasingly only the price of admission, the journey to remain relevant is now the focus of a career. In fact,  the journey has become the destination. This session will outline how regions can build a skills ecosystem that sustains innovation, attracts business and remains competitive during the biggest disruption in the nature of work.​

Speaker’s Bio:  Emad Rizkalla's family immigrated to Canada from Egypt when he was seven years old.  He grew up mostly in St. John's and became a serial entrepreneur, starting his first company in 1992 before graduating from Memorial University with a mechanical engineering degree. Emad has yet to land his first job! The innovative companies he has created, and their spin offs, currently employ over 500 people, with the majority still in Atlantic Canada.

Today, Emad is the CEO of Bluedrop Performance Learning, based in St. John's. Bluedrop employs almost 200 people and is a global innovator in workplace e-learning and simulation. The company is transforming the way governments, foundations, unions and companies, deliver, track and manage skills development.

Emad received The Globe & Mail's Top 40 Under 40 honours in 2000, when he was still under 30.  At that time, he was also profiled in a TIME Magazine cover story as one of 8 Young Dynamic Entrepreneurs Who Will Create the 21st Century.  In 2013, Emad received the Queen Elizabeth II Diamond Jubilee Medal.

Emad has spoken at conferences around the world and has advised governments on how economies can adapt to the current revolution in the nature of work. He has appeared in numerous national and several global media including CBC, CTV, the Globe and Mail, BBC Radio and Bloomberg News. Emads views on the rapidly changing workplace is often featured in the Huffington Post.